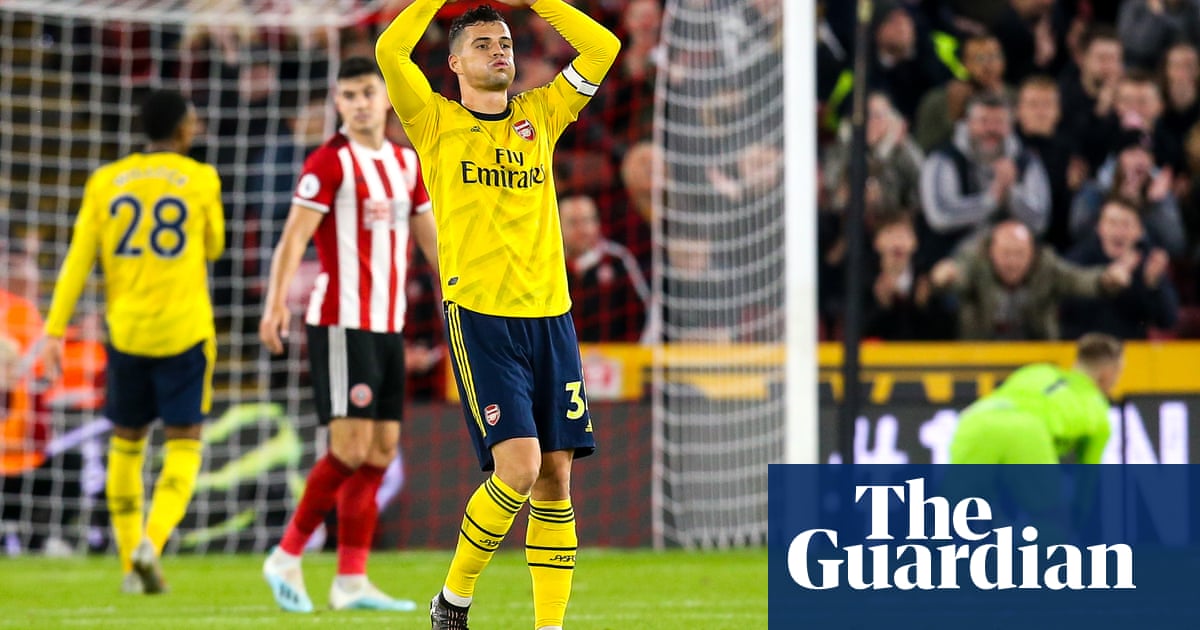 Granit Xhaka has hit back at Arsenal’s critics by insisting their belief that the Gunners’ are mentally weak away from home is “bullshit”. Unai Emery’s side missed the chance to go third in the Premier League table on Monday when they were beaten 1-0 by Sheffield United.

The loss at Bramall Lane was a fifth in the last 10 away games in the league on a night when Arsenal’s common failings were again on view. The Gunners looked vulnerable from set-pieces and uncomfortable playing out from the back, while at the other end of the pitch top scorer Pierre-Emerick Aubameyang was largely anonymous and Blades goalkeeper Dean Henderson was only forced to make one real save – from Xhaka’s 30-yard strike just before half-time.

The performance prompted familiar criticism of Arsenal’s mentality, with former Manchester United left-back Patrice Evra – a studio guest during Sky Sports’ live coverage of the match – describing the Gunners as “babies” in a blistering assessment of a team he claimed he used to relish playing against.

Xhaka said: “We have to stop about mental bullshit like this. For me, it is the same whether you play home or away – you have to win and show big character and a good game and not to always find the same excuse.”

Addressing Evra’s comments, he added: “A lot of people they speak too much. It is not the first time he has spoken something about us. I have a lot of respect for him as he was a great player but you have to be careful what you say. But it is not only him – a lot of people speak a lot of bullshit about us. It’s always the same.

“I tell you the honest truth, I’m not interested in what people say and speak. We have to speak in our group to improve things and work hard and not listen to these people.”

Sheffield United’s winning goal came after half an hour when Lys Mousset turned the ball home from close range after Jack O’Connell had headed Oliver Norwood’s corner back across goal.

Xhaka said: “I think we did a lot of good things and they had one chance, and it was a goal. But it’s too easy, you shouldn’t lose a game because of a corner or a free-kick. We have to improve but there were some good things as well. In the end if you want to be top four then you have to beat Sheffield.”