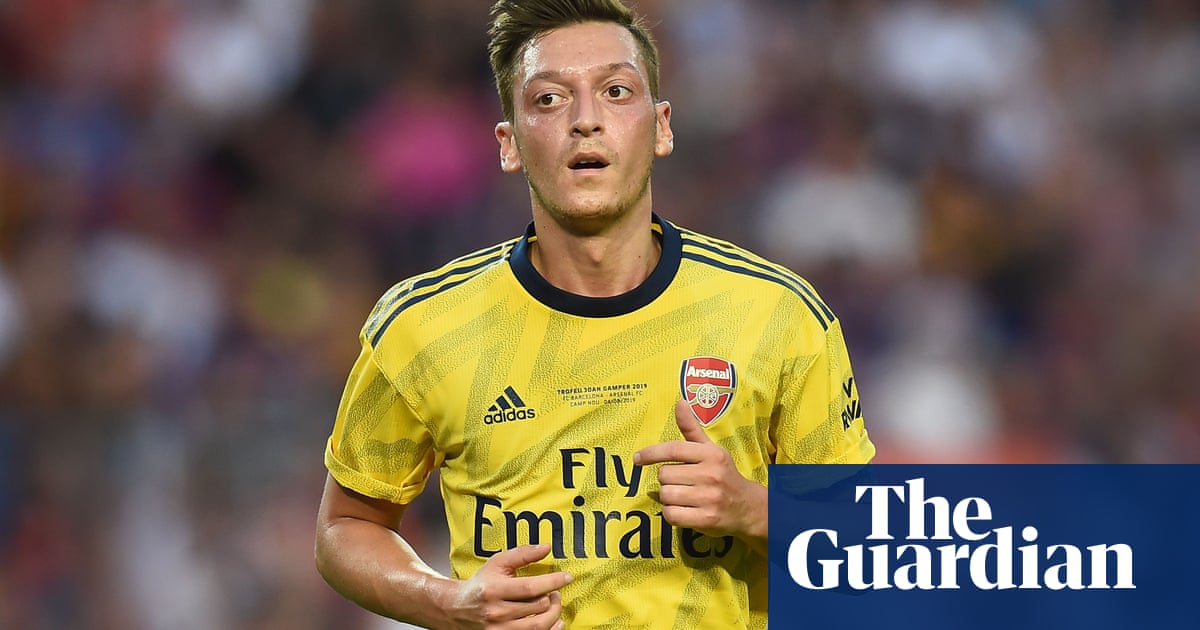 Unai Emery has asserted Mesut Özil’s importance to Arsenal and said the playmaker may be ready to make his first appearance of the season in Sunday’s derby.

Özil has endured a turbulent start to the campaign, missing the opening match at Newcastle after he and Sead Kolasinac were withdrawn because of security concerns. His return to training was delayed by illness, meaning he was absent from the home win over Burnley, and he was not deemed fit enough for last Saturday’s defeat at Liverpool.

Emery was asked whether he could ever expect him to be a consistent performer and he pointed out the different dimension he still believes Özil can bring.

Premier League: 10 things to look out for this weekend

“We need him,” Emery said, “and [need] him first to be consistent in training, to be available in each match. For example last week he wasn’t ready to play 100% in Liverpool. This week he is getting better with each training [session] and I think physically he is now better. He is closer to helping us. We need him because he is a different player in our team. He can help us with his quality.”

Emery has suggested in the past that Özil’s absences are something he must work around but denied any frustration. “It’s not in my control,” he said. “We are speaking a lot with every player, especially with [Özil] on whether he is not ready to play, he is sick or he has a circumstance like he had with Sead. We are here only to help him and support him, and after to demand that he is ready for training, because we need him in our way this year.”

Last December Özil was absent with back trouble when Arsenal defeated Tottenham 4-2 at the Emirates. The win put Arsenal above their rivals on goal difference but they would eventually finish behind them – by a single point – for a third successive year. This season they have made the better start and Emery sees Sunday as a chance to reassert local supremacy.

“I think our capacity and their capacity are very similar,” he said. “In the last year they are getting better in the table than us but our challenge is now to reduce the gap and have the possibility to become better this year than them. I am looking forward to seeing how our team and our supporters can respond and take that test against them.”

One player definitely unavailable is Mohamed Elneny, who is on the verge of a one-year loan to Besiktas. The deal is all but done, with only bonus-related details to be agreed. The Besiktas sporting director, Ali Naibi, said: “We have reached an agreement with Arsenal over Mohamed Elneny. He will undergo his medical next. If he passes we will add him to our squad on a loan transfer.”