Arsenal fans have been getting excited after Nicolas Pepe was videoed leaving Miami airport last night ahead of his proposed £72m move from Lille.

Unai Emery has been trying to bring in a winger all summer as he looks to add some width to his squad and it seems we’ve turned our attention to Pepe after failing to agree terms with Crystal Palace over a deal for Wilfried Zaha.

News broke over the weekend that Arsenal are on the verge of pulling off a sensational coup with the BBC one of several media outlet claiming that we’ve agreed a £72m deal with Lille to sign Pepe this summer.

We’ve been in talks with the Ivory Coast international’s agents to finalise terms and the French Press Association [AFP] claim that Arsenal have now offered Pepe a contract worth around £138,000-a-week [€8m-per season].

The AFP says the 24-year-old has opted to join Arsenal over Napoli and the transfer is expected to be announced by Tuesday. The Daily Mail even suggest a deal could be confirmed today but Tuesday seems more realistic given Pepe only left America last night.

Fans have now been getting excited after the player was spotted leaving Miami airport on Sunday evening with his brother sharing a video on Instagram.

Nicolas Pepe at the Airport pic.twitter.com/9KxuEtn0DW

His destination was unknown but obviously fans have been speculating the attacker is heading to London to undergo a medical and complete his move to Arsenal.

Pepe’s brother further fuelled the fire after uploading a mock image of the Lille star wearing an Arsenal shirt to Instagram on Sunday night – but it’s since been deleted. [See the image at the bottom of the article].

It’s certainly all very exciting and it would be a huge blow if this proposed deal collapsed at this point as Pepe would be a sensational signing if we can get the transfer completed.

The Ivorian provided 22 goals and 12 assists last season and he can play anywhere across the front three. His main position is on the right wing but he loves to cut in on his left foot so he’ll bring something different to our attack.

Vitally, the BBC says Pepe’s arrival WON’T mean Alexandre Lacazette or Pierre-Emerick Aubameyang will be sold so we could have one of the best front three’s in Europe in a matter of days. 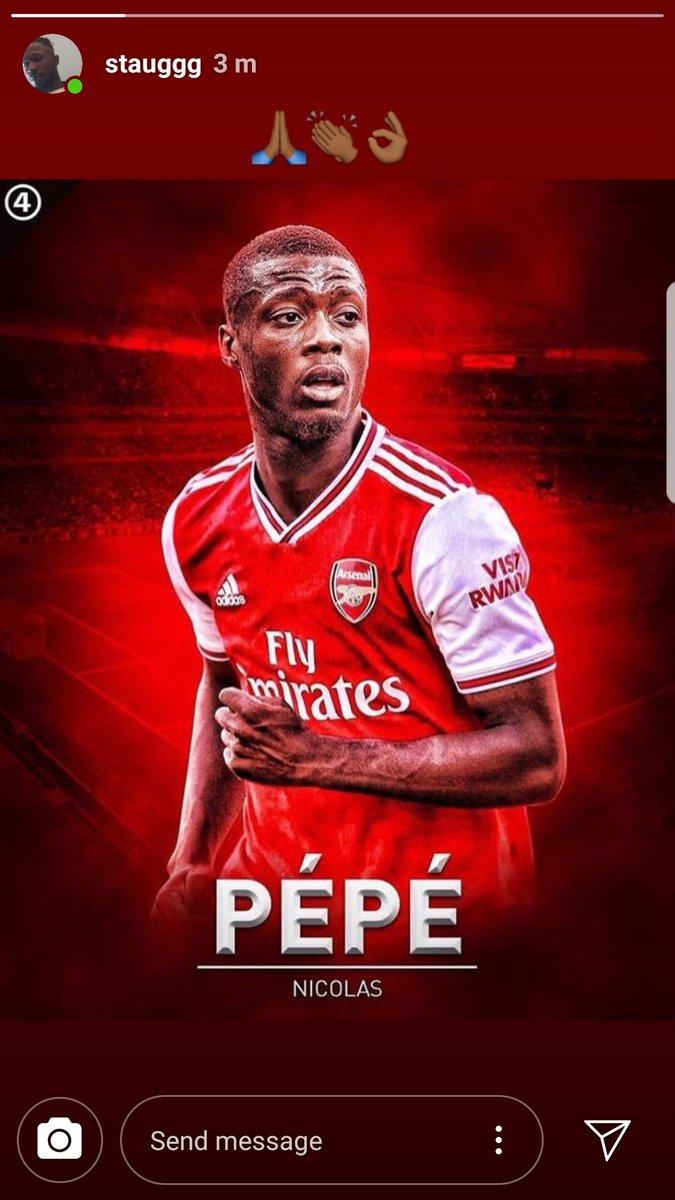