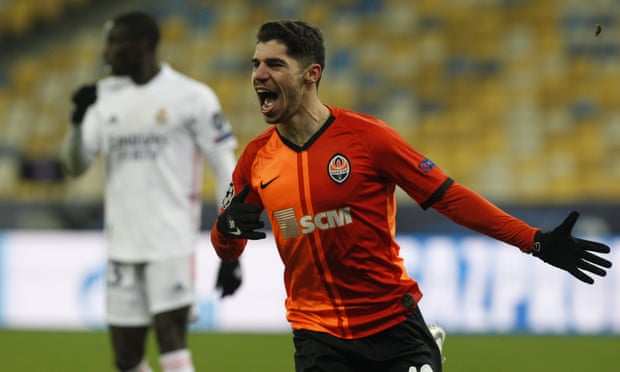 According to the Guardian, Arsenal are showing a keen interest in signing Manor Solomon and have already held talks with his representatives about a possible summer move from Shakhtar Donetsk.

Mikel Arteta knows he needs to strengthen his squad this month but the priority is to bring in a creative central midfielder while the boss has also confirmed he’s in the market for another goalkeeper to support Bernd Leno.

Money is tight at Arsenal so we have to focus on our main priorities this month but that doesn’t mean the club aren’t still working hard behind the scenes lining-up potential deals ahead of the summer window.

According to the Guardian, Arsenal chiefs have identified Solomon as a target after scouting him extensively and we’ve already held talks with the winger’s representatives about a possible move this summer.

The 21-year-old has impressed since joining Shakhtar in 2019 and he’s caught the eye with a string of top class performances, particularly in the Champions League where he scored in both group games against Real Madrid this season.

Solomon has also made an impression at international level, too, as he scored a superb winner for Israel during their Nations League win over Scotland two months ago, so he’s certainly taking his chance to shine in the limelight.

The youngster is predominantly a left winger but he’s capable of playing anywhere across the front three so his versatility would be a useful asset for Arteta if Arsenal were to end up signing him this summer.

There is virtually no chance of anything happening this month. We just don’t have the money, plus the Guardian says Shakhtar would demand a huge fee to sell this winter.

However, Solomon should be more attainable in the summer when he’d have just 18 months left on his contract and it looks like Arsenal are putting in some groundwork ahead of a possible swoop.

He’s not a household name by any means, but Solomon is the type of player I expect us to go for. The more ‘established names’ will probably be out of our reach so Arsenal need to take a calculated risk on a cheaper, young player who has a high upside if things work out and Solomon fits the bill.