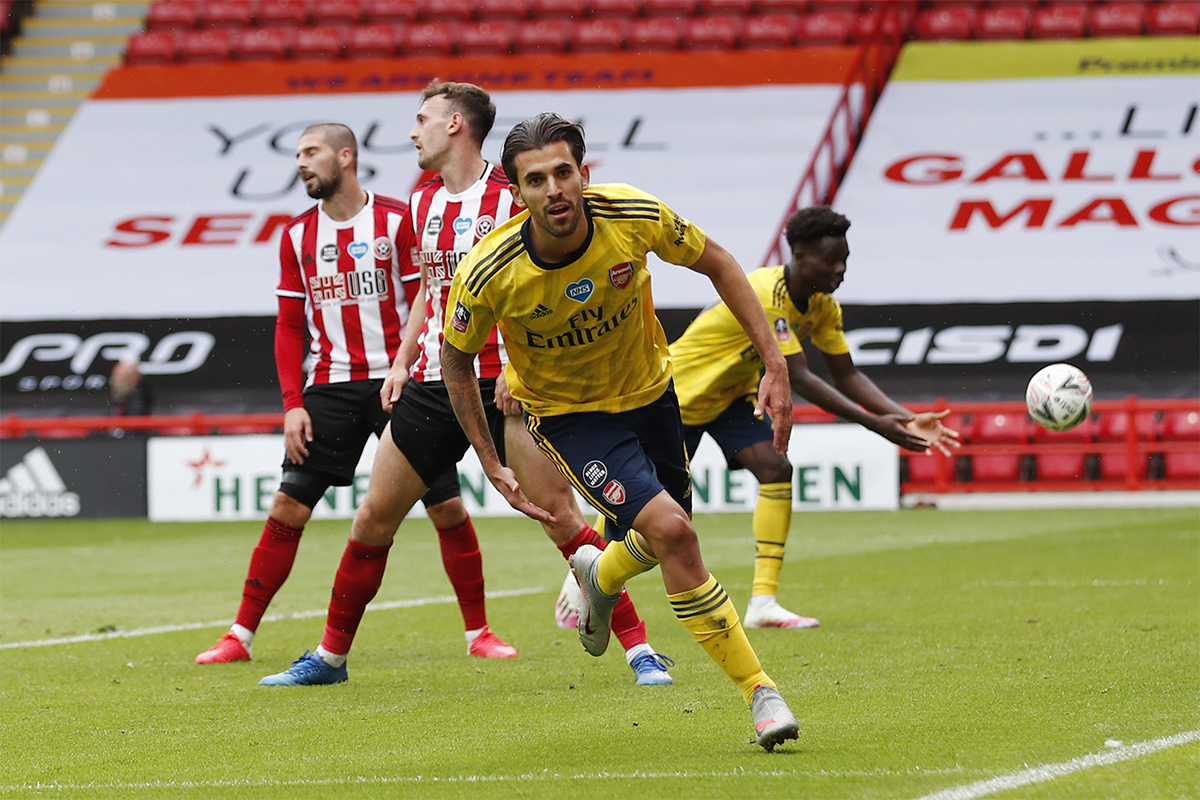 Dani Ceballos was the hero as he scored a late winner to book Arsenal’s place in the semi-finals of the FA Cup with a 2-1 victory at Sheffield United this afternoon.

It was a slow start from Arsenal and there was a sigh of relief when an early Sheffield United goal was correctly ruled out for offside. However, we were given the perfect opportunity to break the deadlock when Alexandre Lacazette was brought down in the box. Nicolas Pepe dispatched the resulting penalty to make it 1-0 to Arsenal in the 25th minute.

David McGoldrick equalised in the 87th minute following some comical defending by Rob Holding and Sead Kolasinac. Holding messed up his attempted headed clearance and a flat-footed Kolasinac sliced the ball off Shkodran Mustafi and straight to McGoldrick who fired home for 1-1.

However, there was more late drama as Dani Ceballos came off the bench to make it 2-1 in the first minute of stoppage time as the Spaniard cooly slotted past Dean Henderson from a tight angle to send Arsenal to Wembley.

Martinez  7/10 | Made a smart save to deny Norwood and couldn’t do much about the goal due to the inept defending in front of him. Distribution was good again.

Mustafi  6/10 | A poor header in the first half nearly let McGoldrick in but was otherwise solid enough.

Luiz  6/10 | Was having a decent game in the middle of the back three but hobbled off with a knock in the 54th minute.

Kolasinac  5/10 | Awful attempted clearance gifted Sheffield United their goal. Didn’t seem comfortable playing on the left side of a back three.

Maitland-Niles  6.5/10 | Slow start but grew into the game. Passing was OK and got forward when he could to link-up with Pepe.

Xhaka  6/10 | A nice run forward was a highlight and kept the ball moving for the most part. One sloppy pass lead to the Southampton set-piece for their goal.

Tierney  7/10 | A threat down the left side and put some lovely balls into the box. One in particular for Pepe should have resulted in Arsenal doubling their lead.

Pepe  8/10 | Much better all-round performance from Pepe. Scored from the penalty spot and went close to making it 2-0 shortly after. Got himself into a great position to meet Tierney’s cross in the first half and played his part in the winner. Was involved in all our good play.

Lacazette  6.5/10 | Won the penalty for the vital opening goal and held the ball up well on a few occasions. Wasn’t a threat in front of goal though. Subbed.

Saka  6.5/10 | Not as influential as he has been of late but still a decent display from the teenager. Was involved in some nice moves and drove forward lead to the winning goal.

Holding   5/10 | Got his timing all wrong for the Sheffield United goal.

Nketiah   6/10 | Chased down everything and gave their defence no time on the ball.