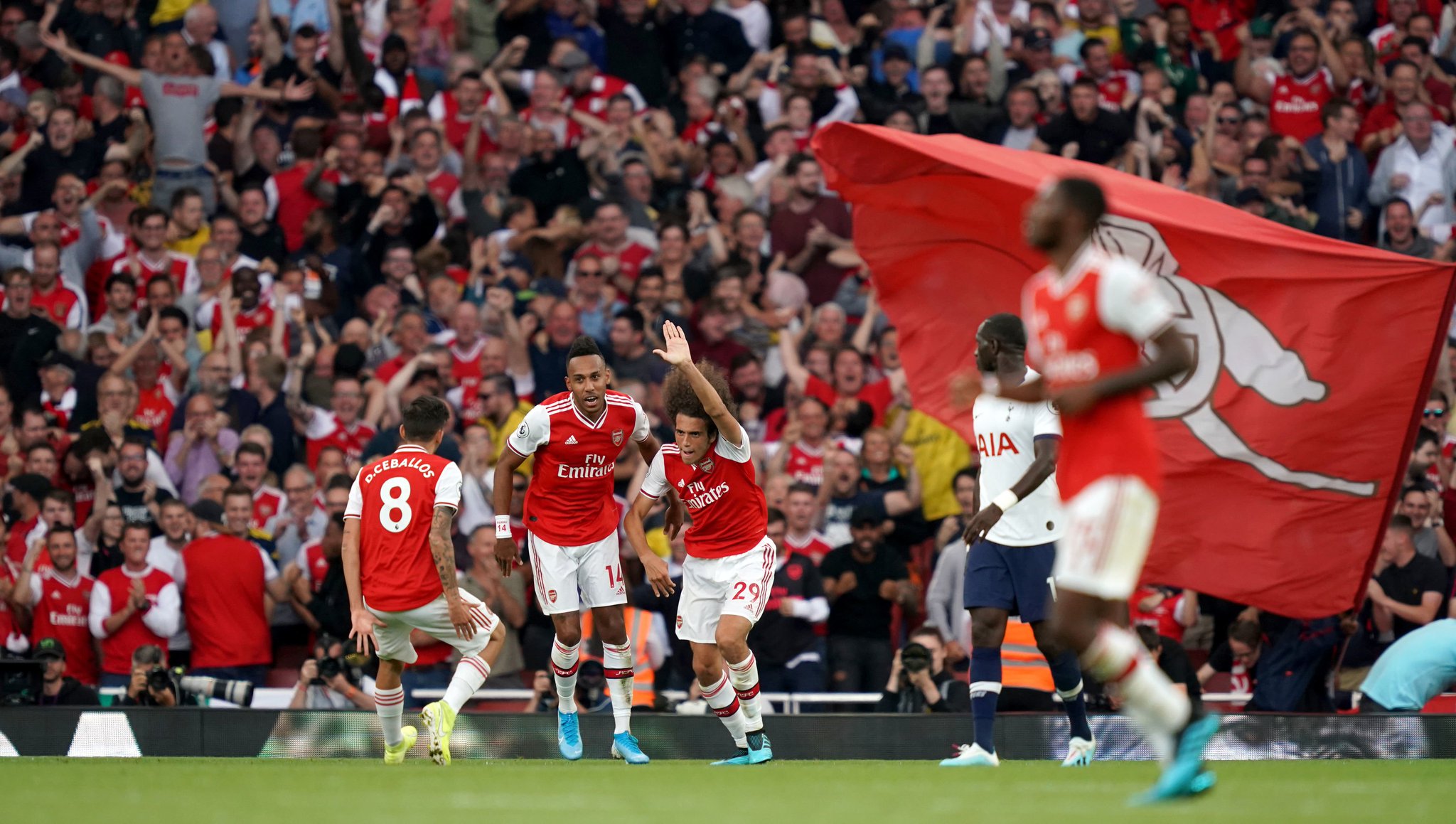 Arsenal fought back from two goals down to draw 2-2 with Tottenham at the Emirates this afternoon but we really should have taken all three points.

Tottenham opened the scoring in the 10th minute when Christian Eriksen pounced on a mistake from Bernd Leno to make it 1-0 after the Arsenal keeper could only palm a shot into the danger zone. Sokratis and David Luiz were also at fault but Leno should have done better.

We put Spurs under plenty of pressure as we searched for an equaliser but another brain-dead moment from Granit Xhaka gifted them a penalty as he flew into a ridiculous tackle and took out Son in the box. Harry Kane made it 2-0 in the 40th minute.

However, Arsenal pulled one back on the stroke of half-time as Alexandre Lacazette smashed home after some great work in the area and we totally dominated Tottenham throughout the second half.

Pierre-Emerick Aubameyang poked home for 2-2 in the 71st minute after being found by a superb ball from Matteo Guendouzi and we saw a goal correctly ruled out for offside. Arsenal had all of the pressure as we pushed for a winner but couldn’t find a way through so had to settle for a 2-2 draw.

Leno  5/10 | Should have done better for the Eriksen goal but made a great save to prevent Son from making it 2-0 and made a couple of other smart saves.

Maitland-Niles  6/10 | Was given a tough time by Son and Kane but worked hard and never gave up. Supported Pepe in attack when he could.

Sokratis  6/10 | Missed a key header which left space for Spurs to score the opening goal but he gave his all for the cause.

Luiz  6/10 | Also at fault for the Eriksen goal as he was completely done in the build up which left a huge gap for Tottenham to exploit. Failed to make-up for his Anfield horror-show. Certainly hasn’t sorted out our problems at the back. Maybe Chambers deserves his chance.

Kolasinac  6/10 | Poor defensively as he was caught out high up the pitch far too often. Crossing was also disappointing and missed a golden chance to make it 2-2 just after half-time.

Xhaka  3/10 | Absolutely brain-dead moment to give away the penalty. Why on earth would he go flying to ground like that?! He’ll never learn, which is why he should be starting for Arsenal. His overall game was poor too, especially in the first half. He did improve after the break but the damage was done. Constantly gave away silly free-kicks.

Torreira  6.5/10 | Plenty of industry and he worked hard to win the ball back but still feel he should be sitting in the DM role instead of Xhaka. Subbed.

Guendouzi  9/10 | MOTM. Absolutely bosses the midfield in the second half. Forced a great save from Lloris and great ball to find Aubameyang to make it 2-2. Full of desire and passion. Terrific performance from the youngster.

Pepe  7/10 | Mixed bag. When he got it right, Pepe was a real danger and produced some dangerous moments. But tried a fancy flick or shimmy too often instead of keeping it simple sometimes and sliced a decent chance wide late on. He’s certainly got potential and I’m convinced he’ll be a great player for Arsenal.

Lacazette  8/10 | Worked his socks off and scored a superb goal to bring it back to 1-2. Still not 100% fit so had to be replaced midway through the second half but great display.

Aubameyang  7/10 | Wasted out wide but showed his goal-scoring ability when put through the middle after poking home to make it 2-2.

Ceballos   7/10 | Should have started. Forced Lloris into a fine save with a long range effort and added some real impetus to the game.

Mkhitaryan   4/10 | Awful impact off the bench as he broke down every single attack with a poor touch or miss-placed pass. Nelson should have come on instead.

We’d have settled for 2-2 after going two-down but a draw somehow feels like a defeat as we should have won this game given our total dominance in the second half. It’s the international break now with a trip to Watford coming up in two weeks time.

Here are the goals from today’s game: