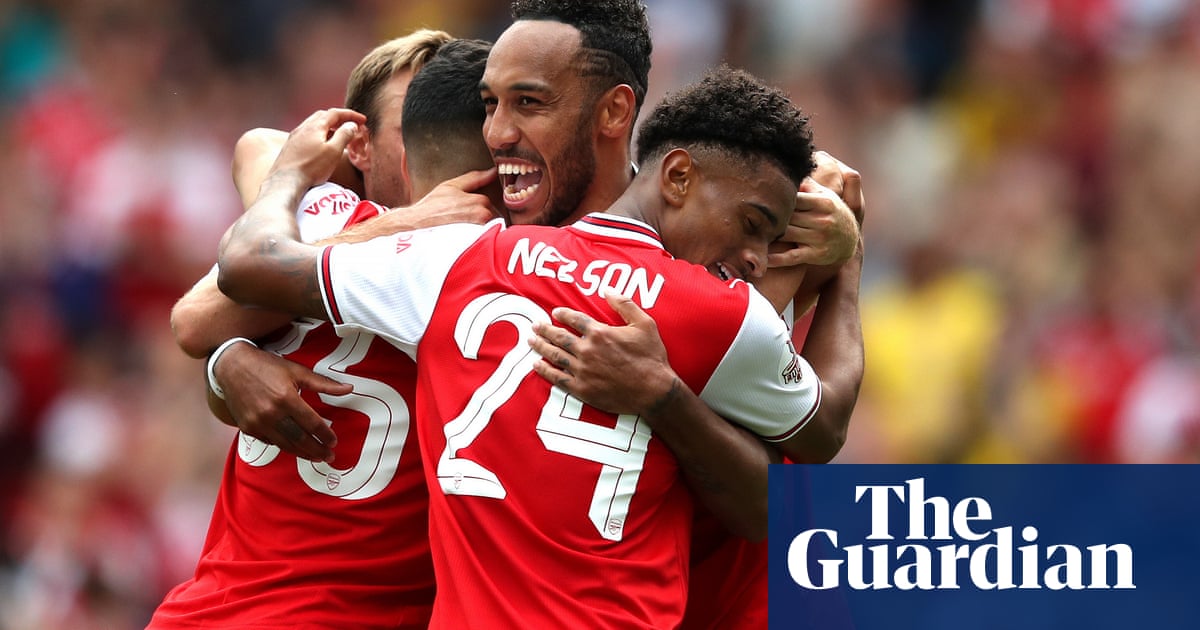 Guardian writers’ predicted position: 6th (NB: this is not necessarily Nick Ames’s prediction but the average of our writers’ tips)

It was still possible to believe Laurent Koscielny when, among the standard new-signing platitudes, he described Arsenal as “a reference for football”. It was July 2010 and they had just finished third in the Premier League, 11 points shy of champions Chelsea, but the afterglow of Arsène Wenger’s best days had not quite faded and the most fiscally painful moments of the heave into Emirates Stadium appeared to have passed. Two months later Ivan Gazidis, never shy to expound a grand vision during his time as chief executive, struck a similar note with regard to their off-field planning. “The game is increasingly looking towards Arsenal as a model of what a football club should be,” he said. “However, we have to keep moving forwards – standing still is never an option.”

Presumably “lurching backwards” was not on his checklist either but Arsenal go into this season with their place among the division’s elite looking no more secure than a year ago. A measure of how expectations have gradually slipped since those optimistic days at the decade’s turn is offered by the fact that, while they can rightly aim to overhaul at least one of Tottenham and Chelsea en route to a first top-four finish in four years, there is as much to concern them in the forms of Leicester, Wolves and Everton narrowing the gap below.

Excuses have become a staple in their part of north London but, in one sense, those will run out this year. Unai Emery deserved a more or less free hit in 2018-19 and those spying an end to the retrograde trend will point out they finished one place and seven points better off than in Wenger’s farewell campaign. There were some punchier home performances and a run to the Europa League final, much as that ended ignominiously. But for a club that had been so rooted in his predecessor’s ideals it was hard, for much of the season, to define what Emery’s style was; a fact not helped by his reluctance, either in Spanish or his stoic attempts at English, to offer inquisitors many morsels of explanation.

The bottom line is that Emery must return Arsenal to the Champions League and, should he not manage it, the break clause in his contract will look tempting for all parties next summer. Received wisdom has been that he must do it with a hand tied behind his back so it was to some surprise when, over the weekend, news emerged that Lille had accepted their club record £72m offer for Nicolas Pépé. The Ivorian is an outstanding wide forward who scored 22 Ligue 1 goals last season; if Napoli’s interest is dismissed then Arsenal will possess three prolific front men and again look like a club that can master the French market. It would be a bold, timely statement. There may not be much left in the budget after that although a move for Kieran Tierney, the impressive Celtic left-back, may eventually succeed.

Getting Pépé over the line would boost morale but further changes are required. While bigger deals bubble away Emery has gone with the market he knows best – a trait that alienated Sven Mislintat, whose trumpeted but short-lived spell as head of recruitment ended in February – in loaning the 22-year-old Dani Ceballos from Real Madrid. It looks a smart move: Ceballos is a confident, spiky technician who will liven up a turgid midfield offering immeasurably if he settles quickly. The failure of last season’s experiment with Denis Suárez might then be consigned to memory, too.

Two new 18-year-olds offer distinct promise and should, in time, help freshen up an ageing squad. Those who have watched Gabriel Martinelli, signed from the Brazilian club Ituano, suggest the forward is good enough to be spared the endless cycle of career-stalling loan moves commonly bestowed upon punts from South America. The arrival of William Saliba, an exceptionally promising defender from Saint-Étienne who will be loaned back to the Ligue 1 club, counts as a minor coup after he rejected interest from Tottenham. The slightest evidence of local supremacy is richly welcome these days. The striker Eddie Nketiah and midfielder Joe Willock, both academy products, impressed during a productive pre-season tour of the US and it would be no surprise if at least one of the pair were involved at Newcastle on the opening weekend.

So the future could be in good hands, but Arsenal supporters have long been promised enough jam to decimate the country’s fruit farms. They hope a reconnection with the past will restore some balance. Freddie Ljungberg has been promoted to assistant first-team coach while Edu’s arrival as technical director is a canny move, and not only because the club would have benefited from such an appointment at any point in the last decade. He was a well-liked member of the Invincibles squad and has honed a reputation as a shrewd executive with Brazil. According to the head of football Raúl Sanllehí he is the “final and most important part of the jigsaw” in their football infrastructure and perhaps Arsenal finally have a backroom in place that would survive comings and goings in the dugout.

An early item in Edu’s intray will be to help Emery deal with Koscielny, who wants a return to France. The captain is one of few at Arsenal to come out of the past nine years virtually unblemished so it was a surprise, and perhaps a reflection on the club’s management in recent years, that he felt moved to skip the trip across the Atlantic.

Something has gone badly wrong somewhere and it presents an immediate headache for Emery, whose other centre-back options provoke grimaces and flashbacks to 21 April, when a disastrous performance from Shkodran Mustafi against Palace effectively relinquished Arsenal’s hold on a Champions League spot. He has two top-class strikers in Alexandre Lacazette and Pierre-Emerick Aubameyang, whose rapport brought 40 goals last season and bailed out a number of shapeless displays, and will have another go at energising Mesut Özil, who has shown enough recently to suggest his cause might not be lost. Arsenal can still blow moderate opponents away with that firepower but new defenders are required to give Emery a fighting chance.

If the season starts badly then Emery may find himself insulated from the harshest broadsides. Most of Arsenal’s followers agree the now-departed Gazidis’s vision from 2010 has been compromised at a thousand cuts since Stan Kroenke took a controlling stake the following year. A group of 14 leading supporters’ groups and outlets wrote to express dismay at the club’s decline this month, calling out a lack of strategy and accountability in a barely precedented intervention. Unrest in the stands, which has flared up occasionally over the past two years but never on a sustained level, could become harder to ignore if the squad looks critically under-resourced in key areas early on.

“It feels as though Arsenal is at a crossroads,” that statement read. Nobody would argue. If last season was accepted to be one of change, the coming nine months will be a battle to show that their longer-term transition into also-rans can finally be arrested.