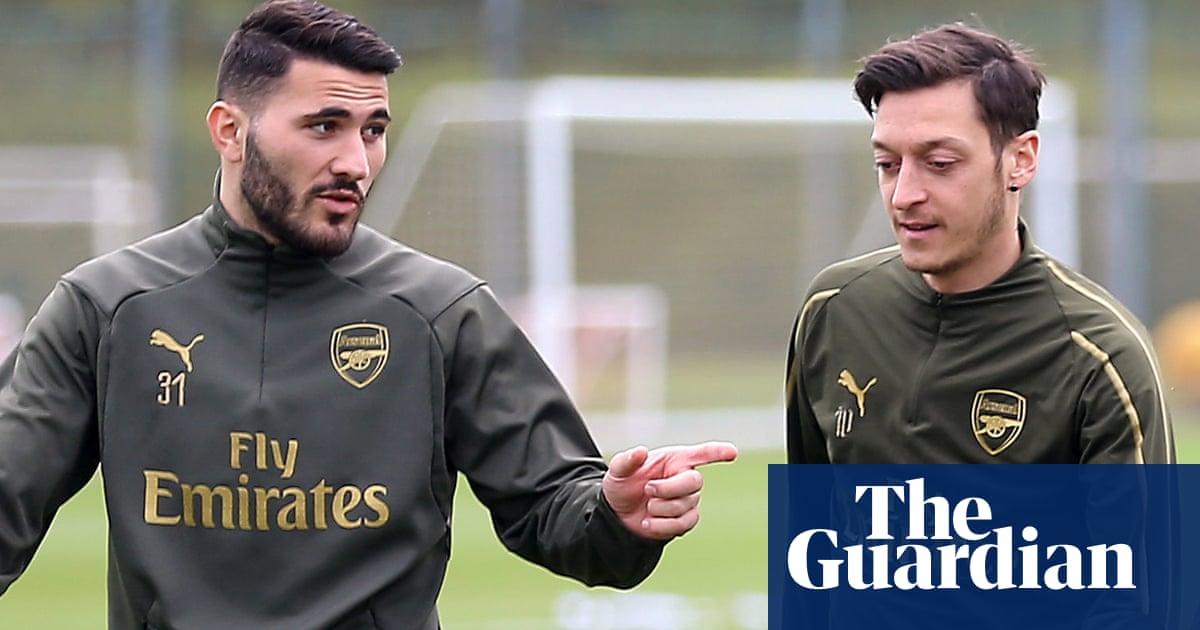 Mesut Özil and Sead Kolasinac are to train with the Arsenal first-team squad on Friday with the pair showing no ill effects having been attacked by two men wielding knives near the full-back’s home in London’s Childs Hill 24 hours earlier.

Footage of the incident showed Kolasinac jumping out of Özil’s 4×4 Mercedes G-Class to fight off the men, standing his ground despite being threatened with a knife. The players are understood to have then been pursued by their attackers, who were riding mopeds apparently without registration plates and whose faces were hidden by helmets, as they drove on to a Turkish restaurant nearby Golders Green where staff came to their assistance.

Arsenal had been in close contact with the players on Thursday evening and confirmed that both, while shaken, had been unhurt. The players are due to report to the club’s London Colney training centre on Friday for training as normal.

A witness to Thursday’s attack, Azuka Alintah, told the Daily Mail that Özil had spoken to police outside the restaurant. “Özil looked absolutely terrified, as anybody would after being chased by men with knives. He looked like he was running for his life. And I suppose he was. I saw him disappear into the restaurant with the motorcycle guys on his tail.

“They didn’t take off their helmets and were all in black, wearing long-sleeved tops in this hot weather. They stood out. As soon as the restaurant staff started to come to the window and to the doorway, they turned around and roared off.” A spokesman for the Metropolitan Police later confirmed that no arrests had been made but “inquiries continue”.

Kolasinac and Özil are not the first London-based footballers to be targeted on the road. In 2016 the West Ham striker Andy Carroll was threatened at gunpoint on his way home from training.