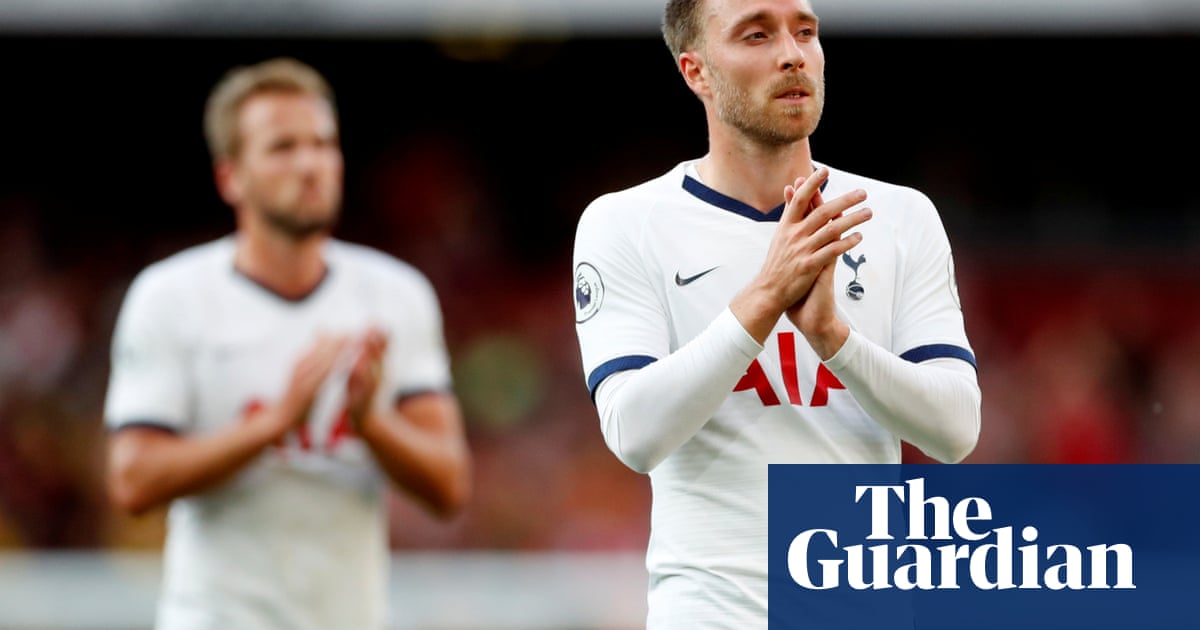 Mauricio Pochettino felt that Tottenham recovered their togetherness during Sunday’s helter-skelter 2-2 draw at Arsenal after a difficult start to the season and a raft of problems behind the scenes.

Pochettino selected Christian Eriksen in his starting XI and suggested he was now confident that the midfielder would stay at the club, with the European transfer window closing on Monday. Eriksen has sought a move to Real Madrid or Barcelona and has been chief among the Spurs players to whom uncertainty has clung.

Eriksen opened the scoring before a Harry Kane penalty made it 2-0. Arsenal hit back through Alexandre Lacazette and Pierre-Emerick Aubameyang.

Pochettino said: “The most important for us is not the table, not the points, it’s the performance. We have recovered the good feelings after the Newcastle defeat last Sunday and a very tough summer – all that happened in these last four weeks. I am so optimistic that we have the quality to build again because in our three previous games this season we didn’t show our quality.

“We need that togetherness. The team wasn’t settled and I told you from day one of pre-season that I wasn’t happy. The most important is to be all on the same page; that the players have a clear idea of how we need to move. Clear minds – like Christian today and different players. Tomorrow [when the window shuts] they are going to be only focused, 100%, in Tottenham – not thinking different things that make management so difficult.”

Pochettino was asked whether Eriksen would definitely stay. “I don’t want to say it is impossible [for him to leave] but it is going to be difficult. The most important is that it’s only 24 hours [to go].”

Kane went down under a stoppage-time challenge from Sokratis and felt that Spurs should have had a second penalty to win the game. The striker looked to have initiated the contact himself but refuted the suggestion he had dived.

“As a striker, if it is on halfway, it is a definite foul,” Kane said. “In the box you don’t always get them. He’s come through the back of me but it is 50/50. VAR would probably have backed the ref in this.”

Unai Emery could enjoy a thrilling attacking performance from his Arsenal team but lamented the mistakes that led to the Spurs goals. Sokratis erred in the buildup to the first, which also featured a soft Bernd Leno attempt to save, while Granit Xhaka conceded the penalty with a reckless tackle.

“We played more with our hearts than our heads for the first half,” Emery said. “And the second is frustration after the first goal. At 2-0 down, we can be proud of our response. We deserved more. There were more positives than negatives in the 90 minutes.”