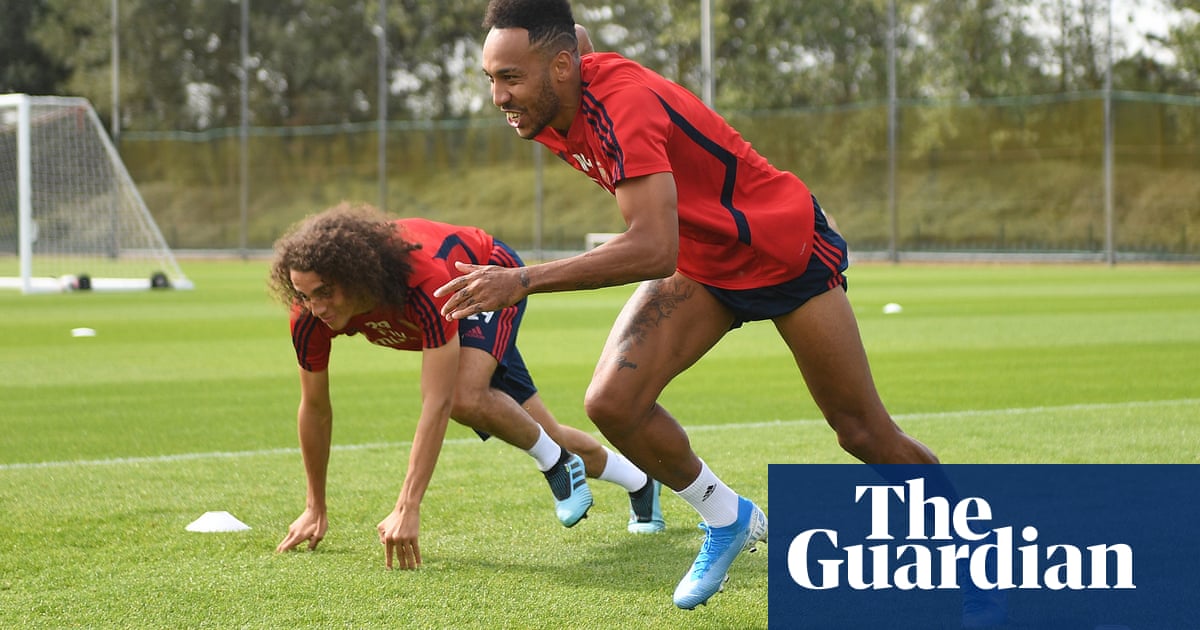 Jürgen Klopp resisted the temptation to further deplete Borussia Dortmund’s resources by asking Pierre‑Emerick Aubameyang to follow him to England, though the Liverpool manager has never made any secret of his admiration for the striker eventually brought to the Premier League by Arsenal.

“Auba has no real weakness apart from his fashion sense,” Klopp joked before Arsenal’s visit to Anfield. “It is four years since I worked with him and we are not really in contact any more but he was my player so I follow his career. I like him as a person so I am happy that it has worked out really well.”

Liverpool reveal plan to increase Anfield’s capacity to beyond 60,000

Though Klopp cites Aubameyang’s speed and finishing prowess as his major assets it was only at Dortmund that his efficiency as a central striker became apparent.

“He was playing as a winger with St‑Étienne when we signed him so that’s how we used him at first,” Klopp explained. “Then we suddenly needed a No 9 because [Robert] Lewandowski left us, and when we tried Auba we realised he is a really good central striker. It did not happen immediately, but over time he developed incredibly in the position and became a goal machine.

“I have to say his finishing is incredible. Combine that with his speed and it makes for a really interesting opponent. Now he is playing on the wing again in a 4‑2‑3-1 which means he has to defend as well, but he is ready for that. He is a really good player.”

Aubameyang scored for Dortmund against Liverpool in the Europa League three years ago, though he has yet to finish on the winning side against Saturday’s opponents and has been finding goals against the Premier League’s top six hard to come by.

“Records are only there for people who take notice of them, you can change things in the next game so I tend not to believe in them so much,” Klopp said. “So far when we have defended against him we have managed OK, but it’s never possible to do it 100% properly because of the speed he has. He is a brilliant footballer and really good at being the connecting point too. [Nicolas] Pépé is another one with proper speed who offers runs in behind, so that is something else we have to consider.

“Arsenal are a strong team, they have made the same start to the season as we have. I wouldn’t describe any of our performances so far as perfect, but at this stage of the season it is not so much about being perfect as about being ready.”

Unai Emery joked earlier in the week about not wanting to play Liverpool, which Klopp is willing to take as a compliment. “I know it was a joke so I don’t have to say anything in reply, but yes, we do want to be the team nobody wants to play against,” he said. “I don’t know if we are there at the moment, but if people want to regard us as the toughest of challenges then no one here will mind.”

Liverpool have a settled squad and do not expect to lose anyone before the transfer window closes in Europe on 2 September, though he can see why rival managers are complaining about the English window shutting early. “I don’t really care when the window closes, but I do think it should be the same date in this country and in Europe,” he said.

“It is not really a problem for us but clearly it is bothering some of the other teams. England closing the window two weeks before everyone else makes no sense. I don’t understand why it happens and I can’t see any advantage to the Premier League.”