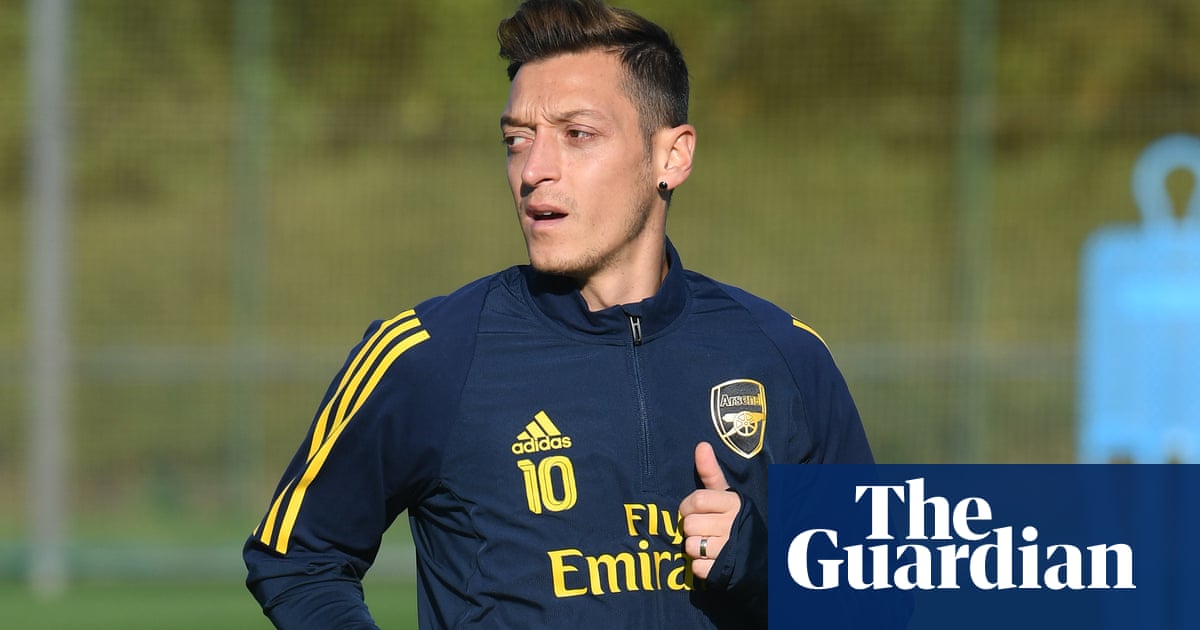 Mesut Özil has spoken for the first time about being at the centre of an attempted carjacking alongside his wife Amine and Arsenal team-mate Sead Kolasinac.

The two players were targeted in Hampstead on 25 July, a couple of weeks before the start of the new Premier League season. Footage on social media showed the Bosnian defender Kolasinac chasing off two moped attackers who were wearing helmets and dark clothing.

I’ve been blamed even when I’m not playing, says Shkodran Mustafi

The club decided against selecting Özil and Kolasinac for the league opener away to Newcastle on 11 August “following further security incidents” but the pair have since returned to the first-team fold.

Özil told The Athletic (£): “Sead’s reaction was really, really brave because he attacked one of the attackers. The second one was in front of my car on his moped so I couldn’t drive.

“Nothing happened to us, that’s the most important thing. We were worried these guys had been targeting us, but the police said they found them and, a few hours earlier, they tried to robbed other people nearby in a similar way.”

Since the horrific ordeal, Kolasinac has played seven times for Arsenal, but Özil has been largely out in the cold. The World Cup winner has started only one Premier League game and made one other appearance in the Carabao Cup. But he has no intention of leaving the Emirates, having signed a new three-and-a-half year contract worth £350,000 per week in January 2018.

“I have a contract until the summer of 2021 and I will be staying until then,” Özil said. “When I signed the new deal, I thought about it very carefully and said it was one of the most important decisions of my footballing career.

“I didn’t want to stay for just one or two more years, I wanted to commit my future to Arsenal and the club wanted me to do the same. You can go through difficult times, like this, but that is no reason to run away.

“I’m proud to be an Arsenal player, a fan and I’m happy here. Whenever people see me in the street I always say, ’This is my home’. I’m going nowhere.”