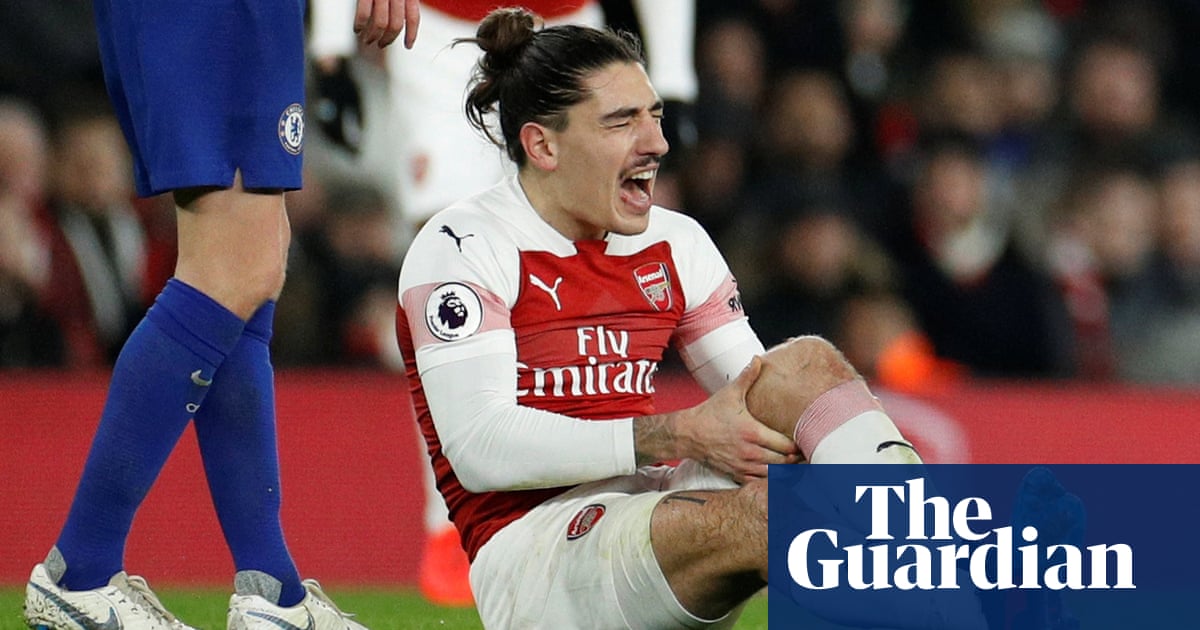 Héctor Bellerín is ahead of schedule in his recovery from the cruciate knee ligament rupture that he suffered last January and he hopes to be back in action for Arsenal before the end of September.

The full-back collapsed in agony during his team’s 2-0 Premier League win over Chelsea on 19 January and scans also revealed there was extensive damage to the meniscus in the joint. Bellerin underwent surgery in Spain and he was told that he faced nine months out of action – which would have meant a comeback date on or around 19 October.

But Bellerín made quick progress at the start of his rehabilitation – he healed well after the operation and there were no infections – and he has remained ahead of the curve, so much so that he has earmarked the visit of Aston Villa to the Emirates Stadium on 22 September for his comeback.

Arsenal have begun their pre-season training and are preparing for their tour of the United States. They kick-off against Colorado Rapids next Monday night and thereafter have matches against Bayern Munich, Fiorentina and Real Madrid.