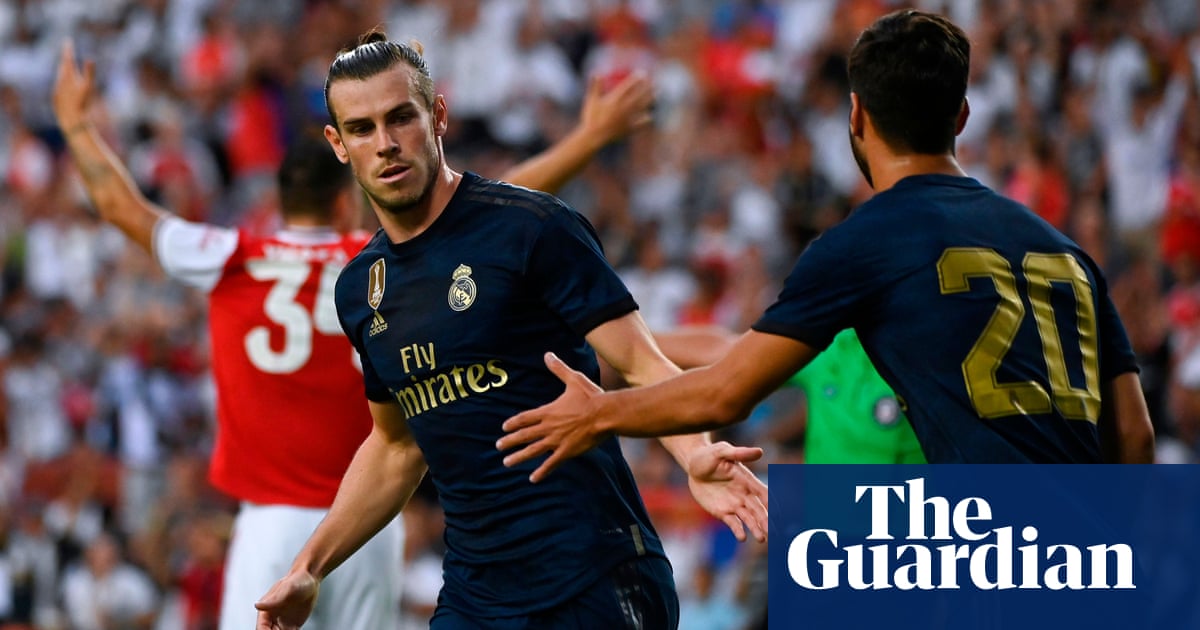 Real Madrid beat Arsenal in a penalty shootout after Gareth Bale had made a goalscoring return to the Spanish side in a thrilling 2-2 draw at the International Champions Cup on Tuesday.

Arsenal named a strong side captained by Mesut Ozil while Real had Bale on the bench and Eden Hazard, wearing the number 50 shirt, starting alongside fellow new signing Luka Jovic in attack.

The match, however, looked to be over as a contest after Real defender Nacho was sent off for two yellow cards in a frantic early spell in the United States capital.

The Spain international was shown one yellow card for a foul on Sead Kolasinac and another after blocking Alexandre Lacazette’s shot with his hand on the goal line.

Lacazette stepped up to sneak the 10th minute penalty home, before the Frenchman delightfully flicked the ball through for Pierre-Emerick Aubameyang to double the lead 14 minutes later.

The referee evened things up, however, when he again brandished two yellow cards in quick succession to send Arsenal’s Sokratis Papastathopoulos from the field in the 40th minute.

Welshman Bale and Marco Asensio scored inside three second half minutes to level up the scores and take the game to penalties.

Arsenal edged in front in the shootout when Reiss Nelson scored his spot kick and Bale missed his, but misses from Granit Xhaka, Nacho Monreal and Robbie Burton proved costly and Real ran out 3-2 winners.