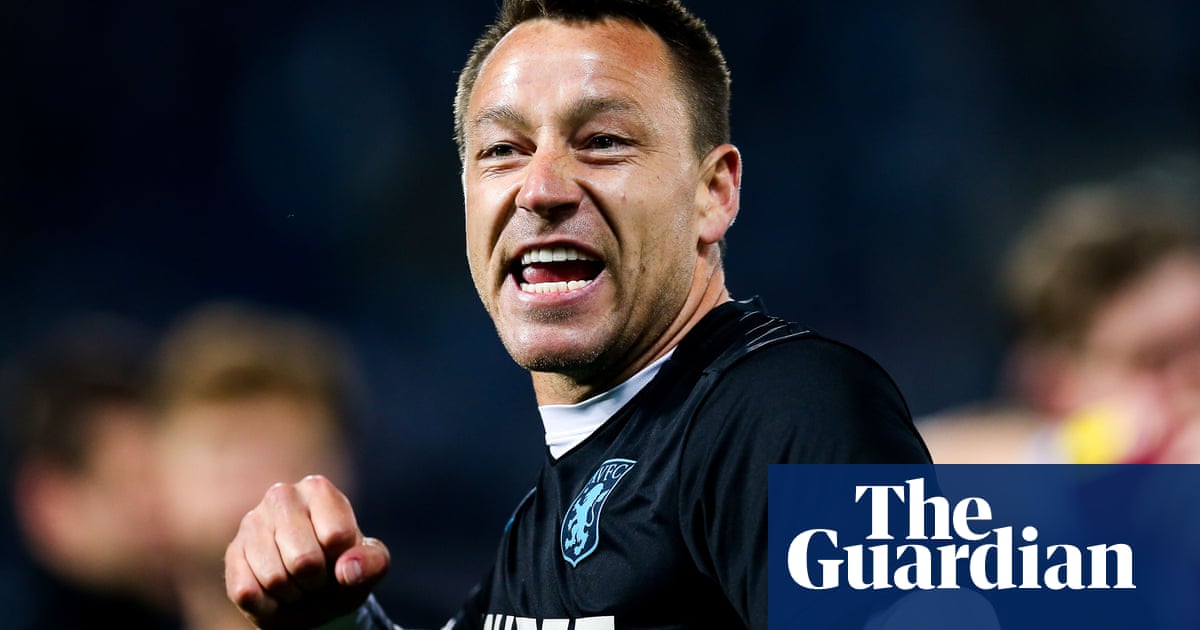 A penny for John Terry’s thoughts. It only took one season in the Derby dugout for his old mucker Frank Lampard to be summoned back to Stamford Bridge for the top job. And that was after missing out on promotion to an Aston Villa side inspired, of course, by JT.

The former England captain has been cutting his teeth as an assistant to Villa’s Dean Smith but must have looked on with a tinge of envy as Lampard was unveiled by Chelsea last week at the age of only 41 – the same age as José Mourinho when he first arrived in 2004. While the Mill has no doubt that Terry wishes the man he shared a dressing room with for 13 years all the best in his new post, rumours that he could be in line to take over from Rafael Benítez at Newcastle should come as no surprise given his penchant for the limelight.

Apparently his odds for the Toon job “have tumbled dramatically” since Lampard’s appointment, with Terry reportedly keen to take on a side that finished 13th last season but have just sold Ayoze Pérez to Leicester. There has been a flurry of bets on him in recent days after Rangers’ Stevie G distanced himself from the role although it’s still not been enough to displace the favourite, Mikel Arteta – the former midfielder currently serving under Pep Guardiola at Manchester City.

There’s still time of course, with Newcastle still hoping the proposed takeover by the the Bin Zayed Group can be completed before the season starts. We can but dream, eh Toon fans?

Elsewhere, forgotten man/flop/still only 24 Tiemoué Bakayoko is of interest to Europa League buddies Manchester United and Arsenal as he prepares to meet Lampard for talks over his future this week. The France midfielder spent last season on loan at Milan after his disappointing debut campaign at Chelsea and is also being eyed up by Paris Saint-Germain if he is deemed surplus to requirements.

Talking of Arsenal, they are fighting it out with Everton for Barcelona’s Malcom having originally missed out on the Brazilian when he left Bordeaux last year. They’d better be quick though – Marco Silva’s side have already lodged a bid for the 22-year-old.

One face that is certainly going to be missed at Anfield next season is Alberto Moreno, with the occasional defender looking set to return to Spain with Villarreal after his contract expired. Best of luck Bertie! Meanwhile, the exploits of Tom Heaton between the sticks has alerted Aston Villa to the England goalkeeper’s undoubted ability, with Burnley said to be willing to let him leave this summer after failing to extend his contract. It’s not known whether, like Tyrone Mings, Axel Tuanzebe and the rest, the opportunity to work with JT is the main reason he fancies the Midlands. But let’s just assume it is.