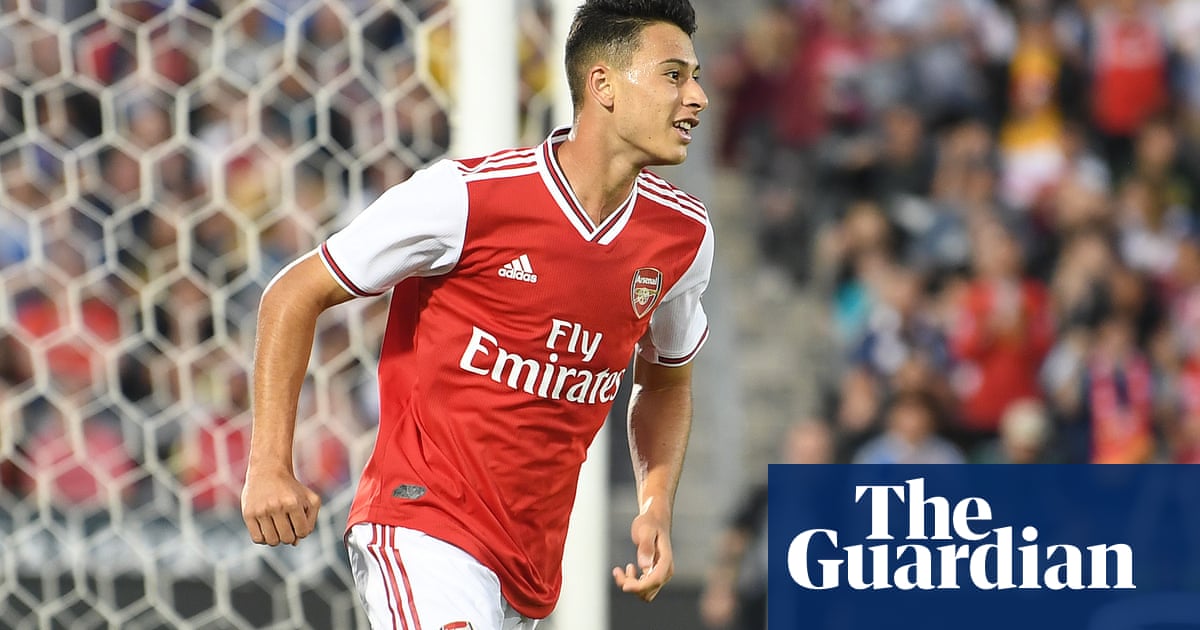 The Arsenal manager, Unai Emery, has said he is awaiting a decision on Laurent Koscielny after the captain refused to travel with the squad for their pre-season tour to the United States but added the Premier League club must “keep moving ahead” regardless.

The 33-year-old French centre back, who has a year remaining on his contract, has been linked with a switch to the Ligue 1 clubs Bordeaux and Lyon.

“I spoke with him three times for his situation. We wanted him to come with us but he decided to stay,” Emery said after Arsenal defeated Colorado Rapids 3-0. “For me now, it’s clear. We need to keep moving ahead. We’re playing with the spirit to create a new way.”

Emery said Koscielny, who joined Arsenal from the French side Lorient in 2010 and has made more than 350 appearances, was still an “important player”. “Now it’s a matter for him and the club,” the manager said. “They need to speak and are speaking about his situation … I’m waiting on his conversation and decision … I can’t say more than that.”

Gabriel Martinelli scored on his debut in the 3-0 win. The 18-year-old, who was signed for an undisclosed fee of £6m from Ituano FC on 2 July, fired home a cross from Dominic Thompson in the 61st minute in Denver.

Bukayo Saka and James Olayinka’s first-half efforts had earlier Arsenal firmly in control as they kicked off their tour of the United States. Martinelli was in fine form from the start, just missing a chance to put himself on the scoreboard in the first five minutes when his finish went wide.

Seventeen-year-old Saka had put Arsenal in the lead after 13 minutes, dinking the ball over the Colorado goalkeeper Clint Irwin following impressive work from Eddie Nketiah, before Olayinka doubled the advantage 16 minutes later with a strike into the top left-hand corner.

Unai Emery had featured many of the younger players in his starting line-up, but Mesut Özil, Pierre-Emerick Aubameyang and Alexandre Lacazette were brought on in the closing minutes. Arsenal will continue their pre-season tour with International Champions Cup matches against Bayern Munich, Fiorentina and Real Madrid in Los Angeles, Charlotte and Washington DC.