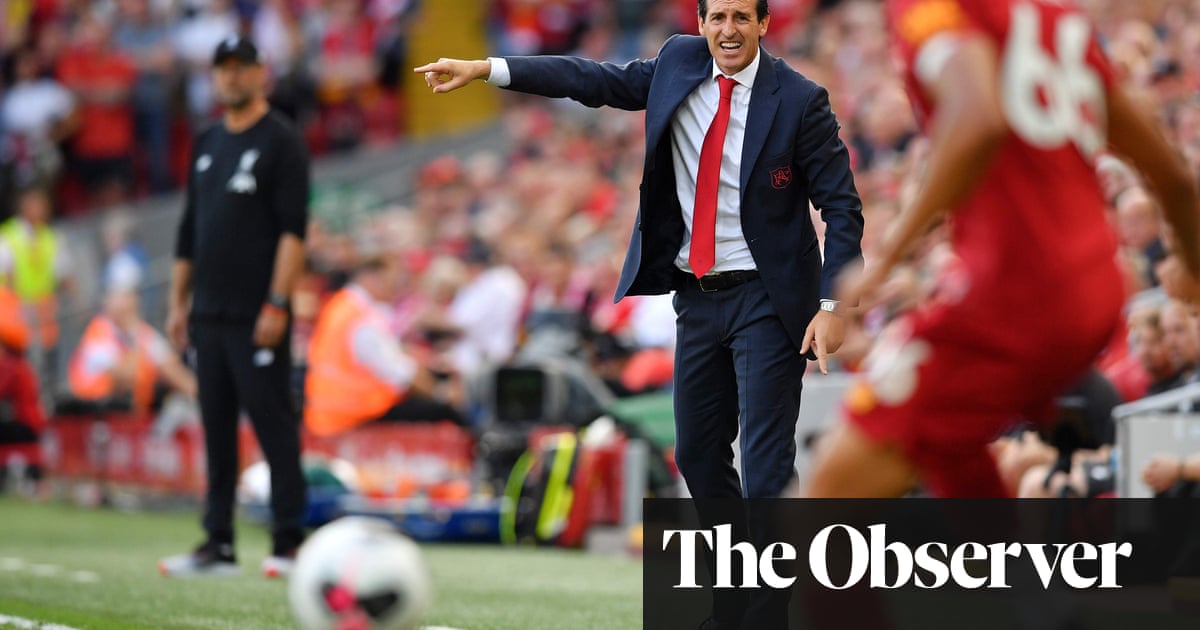 Unai Emery put his credibility on the line by defending David Luiz’s mistake in giving away a penalty during Arsenal’s 3-1 defeat at Anfield, admitting the defender’s shirt-pull on Mohamed Salah was the pivotal incident but arguing the referee had been harsh in pointing to the spot.

This seemed a bizarre stance to adopt, since the foul had been visible to just about everyone in the ground and David Luiz even acknowledged his error with a signal of apology, though his manager seems to believe that a tug of an opponent’s shirt needs to be much more meaty before a penalty can be fairly awarded.

“The penalty was the key to the game but it was very soft,” Emery said. “If that is considered holding then I don’t think it was enough. It was disappointing to concede a goal at that time in the game because we had done quite well in the first half, we made two or three chances to score and we were defending their crosses very well. We can be optimistic for the future, I thought [Joe] Willock and [Nicolas] Pépé played well. We wanted to keep the ball more but Liverpool’s press was very strong.”

Arsenal did manage to defend Liverpool’s crosses quite well in the first half, though they did little to prevent Trent Alexander‑Arnold and Andy Robertson making them. “I was surprised by the system Arsenal played, I haven’t seen that before and I wasn’t expecting it,” Jürgen Klopp said. “It allowed us a lot of space on the wings, and Arsenal didn’t really press us, they stayed quite deep.”

Needless to say, Klopp thought David Luiz’s foul on Salah was correctly dealt with. “It was a clear penalty,” the manager said. “Mo took it really well and his second goal was just incredible. I was really happy with a lot of the football we played.”

Emery, who confirmed Arsenal will hold talks with Nacho Monreal in the light of reported interest from Real Sociedad with the transfer window in Spain still open, said he had picked what he considered his fittest squad for the trip to Liverpool. Mesut Özil was again conspicuous by his absence, but the manager seemed to imply he now lacked match fitness. “We picked the squad we thought was in the best physical shape,” he explained. “We lost but we showed some good character.”