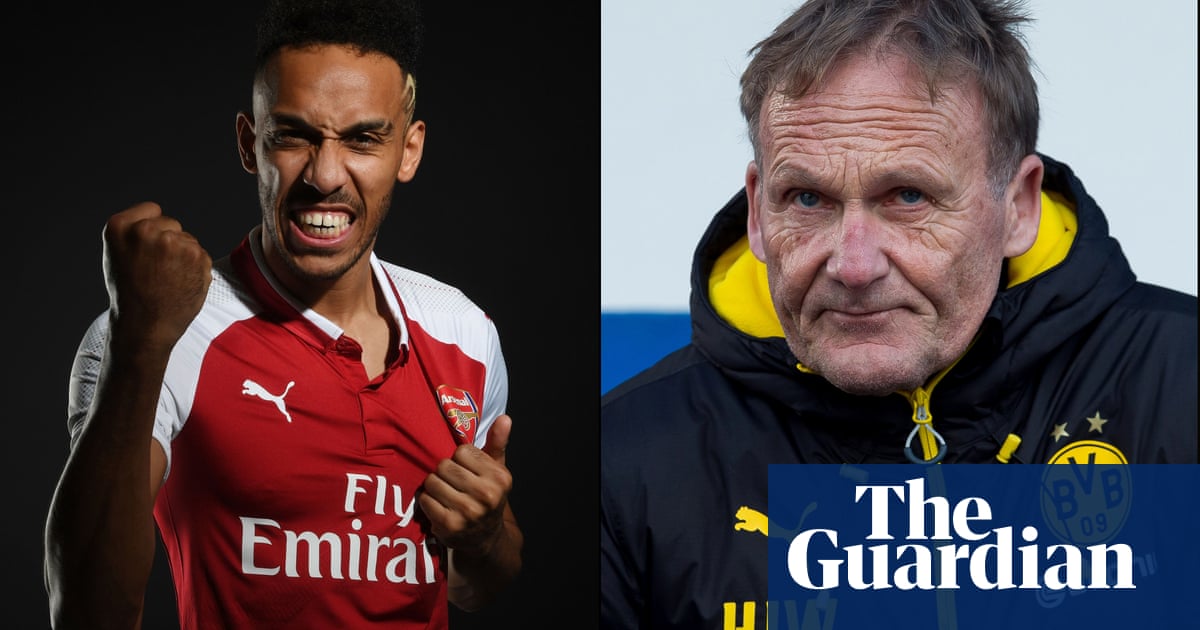 Pierre-Emerick Aubameyang has labelled the CEO of his former club Borussia Dortmund, Hans-Joachim Watzke, a “clown” after the two clashed over the forward’s departure in January 2018.

Watzke suggested in an interview with the Süddeutsche Zeitung that the 30-year-old striker joined Arsenal for the money and that Aubameyang would be sad to watch the Champions League on television instead of playing in it. Arsenal are in the Europa League again this season.

“Pierre-Emerick Aubameyang, who is playing so well for Arsenal, probably gets a warm feeling in his heart when he is looking at his bank account but on Wednesdays he can only watch the Champions League and be sad,” Watzke said.

The Gabon international, who played for Dortmund between 2013 and 2018 and was the Bundesliga top scorer in 2016-17, tweeted on Thursday: “Better for you I never talk about why I really left Dortmund Mr Watzke you [are] such a clown”.

Aubameyang went on to reference Ousmane Dembélé’s transfer to Barcelona in 2017, adding: “I remember that time you said we never gonna sell Ousmane then you saw more than 100M you were the first to take that money. Don’t talk about money please. Leave me alone pls.”

Arsenal paid £56m for the forward last year and he has scored 49 goals in 73 games for the club.