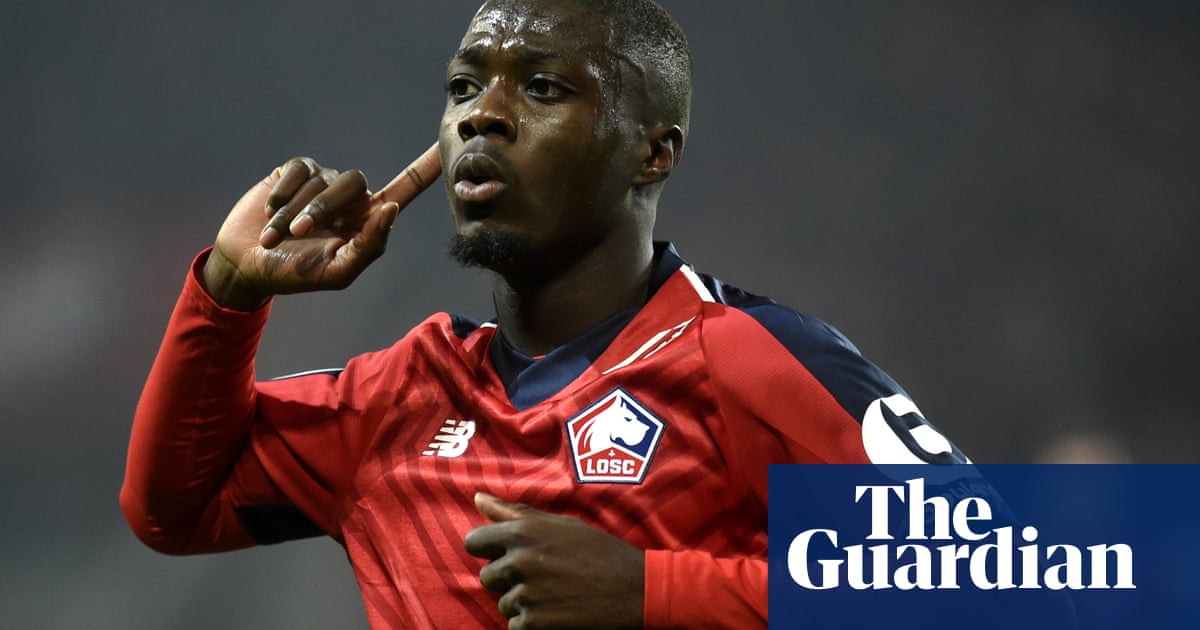 Arsenal are preparing to announce Nicolas Pépé as their record signing after agreeing personal terms with the Lille forward on a five-year contract.

The fee will be €80m (£72m) plus add-ons for the Ivory Coast international. Once the final details are settled and a medical taken, Arsenal expect to confirm Pépé’s arrival.

Napoli were among other clubs who had hoped to buy the 24-year-old, who is left-footed but prefers to play on the right side of a front three.

Arsenal’s record fee is the £56m paid to buy Pierre-Emerick Aubameyang from Borussia Dortmund in January 2018.